Lineage OS apk, clash of clans, coc, crack, download, games,
Update May 22, 2017: Clash of Clans (COC v 9.24.2 apk) has been updated to version 9.24.2. Supercell has disclosed the changes that will be available in upcoming May 2017 update. This is a major update and may decide the future of the game. You can Direct Download latest Clash of Clans 9.24.2 apk from gdrive link given below.

Clash of Clans, which is the best multi-player battle game in Android platform, developed by Supercell, is free to download and play, though it has some in-app purchases that help to buy gems that speed up the gameplay. You can download the latest version of Clash of Clans from the link provided below. We update the APK file as soon as the developer pushes a new update. The file provided below is untouched and unmodified, so you don’t have to worry about the authentication of the file 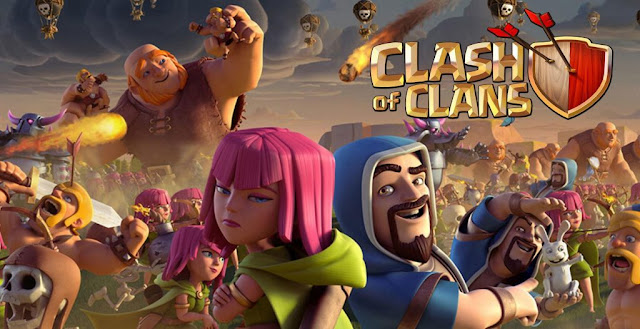 Journey to the Builder Base and discover new buildings and characters in a new mysterious world.
Battle with all new troops, including Raged Barbarian, Sneaky Archer, Boxer Giant, Bomber, Cannon Cart, and the new Hero Battle Machine.
Go head to head with other players in the new Versus battle mode.
A brand new Clash world to build and battle in!
Build a completely new base: the Builder Base!
Defend with Crusher, Multi Mortar, Push Trap
Troops with abilities – Sneaky Archer, Cannon Cart
VS Battle mode, Gem Mine – a whole new Clash!

Recently, Supercell has released a new game, Clash Royale, which already has become popular among Android and iOS users. But still Clash of Clans is the daily driver for many players, and they love to spend most of the time in the game. The game becomes very addictive after you join a clan and participate in clan wars. A clan is a community where you and other members can chat and donate troops to each other, with a single motive to win wars against other Clans.

There are total 11 Town Hall levels in the game as of now, but it may further increase in upcoming updates with the introduction of few more Heros and dark troops. Currently there many interesting troops in the game like, Witch, Lava Hound, Golem, Dragons, Hog, etc. that makes the game fascinating. Besides, some spells may increase the efficiency of the troops in raids and war. Overall, one might fall for the game within a week and may become an addictive player of Clash of Clans.

You can download the latest version of Clash of Clans from the link provided above. To get more updates on COC, stay tuned with us and follow us on social network websites.

The third out of five teaser videos just got released and it shows the Hog Rider being bored on the boat.
It doesn’t show anything new (but I didn’t expect anything after the discussion of the past days, see below), guess we have to prepare ourself to have some more boring days without any information in front of us 🙁

Yesterday’s statement did start several parts of the community predicting that the update is not planned for May at all (see below), so twister did confirm that the update was planned to be released in May and still is.

Also, the page where you can sign up for SMS notification when the update gets released has now extended sign up until May 15th plus, when scrolling down, showing the upcoming teaser videos that we can expect:

Unlike the chinese website claimed, it won’t be 7 videos in total, it will be 5:
I don’t think it will be a big surprise when I predict that we will see Teaser #3 either today or tomorrow and the other two one next week.
apk, clash of clans, coc, crack, download, games

3 comments so far,Add yours